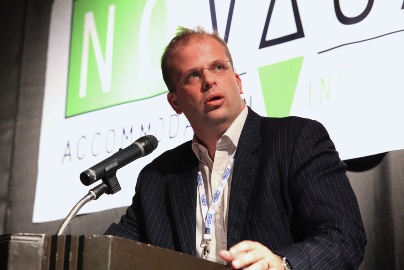 Mark Flower is Director of Commercial for IHG properties across South East Asia and resorts in Asia Australasia.

He is based in Singapore and oversees 60 properties across 12 countries including Singapore, Thailand, Vietnam, Indonesia, the Maldives and Fiji, with another 40 properties due to open in Mark’s region in the next three to five years.

In his role, Mark is responsible for the on-property Sales, Distribution, Marketing and Revenue teams. Mark has played an instrumental role in launching the Holiday Inn Express brand in Asia, as well as halo resorts under the InterContinental brand including InterContinental Danang Sun Peninsula Resort and InterContinental Samui Baan Taling Ngam Resort.

In the coming year he will be a part of the launch of the first Hotel Indigo in Asia, Middle East and Africa (AMEA) when the hotel opens in Bangkok.

Mark’s hospitality career spans nearly 20 years, having worked in international hotel companies including Starwood Hotels & Resorts and Forte & Le Méridien before he joined IHG in 2005 as Area Director of Sales in London.

He then moved to Asia, spending three years in Japan as Regional Director of Sales, Japan and Korea for the IHG/ANA Hotels Group overseeing the Sales & Marketing functions in the hotels under the then newly-formed Joint Venture between IHG and ANA – now the largest international hotel operator in Japan.

Following that Mark relocated to Bangkok where he was based for more than two years before moving to Singapore.

Mark is married to Joanna and is a father of two. In his leisure time he enjoys playing golf and occasionally rugby.