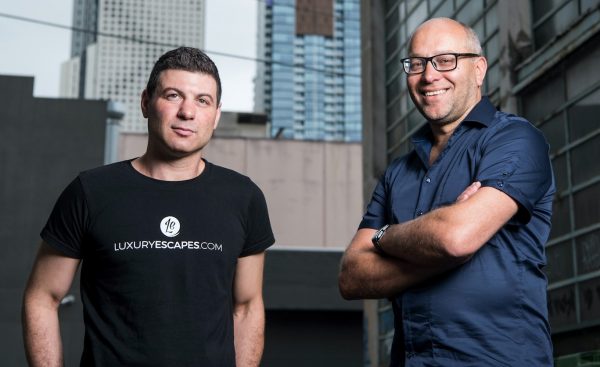 The Lux Group, which owns online travel business Luxury Escapes, has bought Scoopon Travel and BonVoyage as part of a complicated, multi-faceted transaction with the Catch Group that will create a pure-play online travel business with $300m turnover and enormous buying power while clearing the way for further growth.

In what the companies are calling  Australia’s largest “home grown” e-commerce transaction, the deal sees the Lux Group essentially divest all its non-travel assets to Catch Group, while welcoming Catch Group founders, Gabby and Hezi Leibovich, on board as 20% shareholders.

For Catch Group, the reverse applies. The rationale is that the deal allows each company to play to their strengths. In a series of related transactions:

Lux Group Managing Director Adam Schwab said it was a transformative transaction for both parties.

“It was an obvious thing to do – we wanted to become a travel business and focus on our core strengths. This transformative transaction will allow Lux Group to establish a focussed and scaled Travel e-commerce business with over A$300m of pro forma turnover as we continue to deliver the world’s very best travel packages to consumers across Australia, New Zealand and South East Asia.”

He said while there’s a degree of cross-over with the two databases there is clear brand differentiation between Scoopon Travel (“four-star”) and Luxury Escapes (“five star”) in particular.

Mr Schwab confirmed that Scoopon and BonVoyage staff will soon move into Luxury Escape’s offices in Sydney and Melbourne but was unable to say if there would be redundancies. “This is all about trying to acquire revenue synergies,” he said.

Meanwhile, there has been speculation in the past that Lux Group was interested in a public listing but Mr Schwab said that’s not on the radar with investors happy with how the business is tracking.

“We are also excited to welcome Gabby and Hezi as new shareholders in Lux Group, and look forward to working productively together as we drive growth through our newly formed Local business which brings together iconic Australian ecommerce brands like Scoopon, Cudo and Living Social.”

“Our strength is in sourcing products and we have mastered the logistics of ecommerce,” he said.

“With Catch Group’s travel brands on track to turn over more than $50 million this year, and product brands at Lux Group heading towards $60 million in turnover, we are very excited to partner with Lux and to be able to build on our respective strengths together to continue to grow and dominate Australia’s ecommerce landscape.”