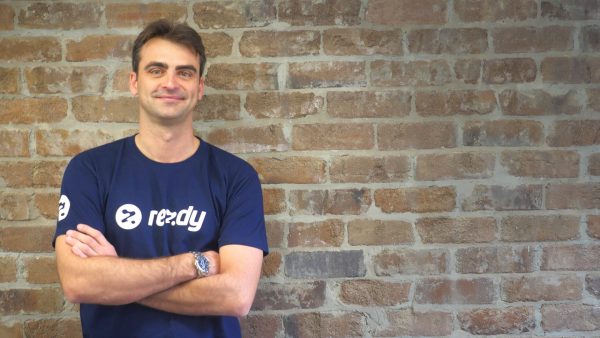 Founder Simon Lenoir has made the big decision to step away from his day to day management responsibilities at Rezdy, handing the CEO reins to Chris Atkin, previously Chief Operating Officer.

Lenoir, originally a software developer who has been working massive hours since starting the business in 2011, says he first thought of stepping back around 18 months ago.

“I went to the board and suggested they should be looking for a professional CEO – they were surprised but very supportive.”

Rezdy, a tours and activities booking platform for operators, now has more than 60 staff with good management in place across all key positions .

It’s also in a strong financial position, raising a further $3 million a few weeks ago and Lenoir feels the company is more than ready for the next step.

“We have good money and a good team, so the time was right to go,” he says. At the end of the day it’s about putting the company first.”

For Lenoir it means an opportunity enjoy being a father for the first time – his son was born eight weeks ago – also indulge in his passion for travel and scuba diving.

“I’ll be able to spend more time with my young family and doing what I love the most – scuba diving.

“In fact, I’ve just booked my first cage dive with the great white sharks. It’s been on my bucket list for years and now, I finally have time to do it.”

Lenoir remains a significant shareholder and will stay involved with Rezdy in the as a board director.

He has been working closely with Atkin, previously holding the dual roles of Chief Operating Officer and Chief Financial Officer, for the past year to ensure a smooth transition.

“I moved to Sydney and started Rezdy with Hugo Sterin in my living room, having previously run a dive centre in South East Asia,” Lenoir says.

“The aim was to build a software that would enable tour and activity providers to live their dreams and save time to focus on what they love the most – whether it be scuba diving, skydiving, dog sledding, bird watching or running a lifestyle business whilst spending time with family.

“At that time, we had no idea what it would evolve into and we are tremendously proud about what Rezdy has achieved.

“From the experience I had as a CEO, I learnt that it is a never-ending journey. It’s about being a chameleon, adapting into various roles in a well-timed manner. And so, the purpose of a leader is to find the right people, bring the best people forward who would be the right fit for the role and ultimately, to bring the best out of the company.”

Co-founder Hugo Sterin is staying on with Rezdy in his role as Chief Technology Officer.