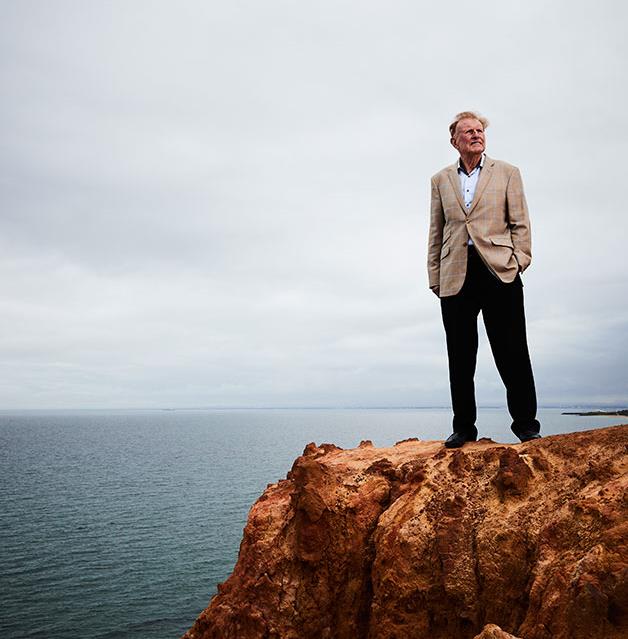 The McGeary family have owned Australian Pacific Touring – APT – since it was founded as De Luxe Motors in 1927 when Geoff’s father, Bill, built a bus body on a tray truck to cover part of the tram route during a tram strike in Melbourne.

The company made steady progress until 1961 when Bill McGeary’s poor health prompted Geoff to forego a budding career with Mercedes Benz and turn his attention to his father’s business at the age of 19.

Granted a special under-age bus driver’s licence, Geoff took over what was then a local bus operation around Melbourne’s seaside suburb of Brighton.

He quickly launched the company’s first outback tour and began planning and selling group tours for schools and clubs.

In 1967 McGeary’s Parlour Coaches combined with the Page family’s Melbourne Motor Coaches to form what is now Australian Pacific Touring.

Expansion followed with the company spreading its wings to New Zealand and then to a range of overseas destinations including North America, Europe, Africa and Asia.

Known to many as a great visionary, Geoff has contributed significantly to the Australian cruise industry through the introduction and growth of the river cruising concept.

In 2005 APT, lead by Geoff, was the first company to fully charter a European river ship exclusively for the Australian market.

On identifying the potential of this new travel style for the Australian market, Geoff entered into a partnership with AmaWaterways and is today a co-owner of the company that now owns and operates 12 river ships across Europe and Russia as well as two in Vietnam & Cambodia – the only Australian-owned company with a fleet of this size.

His personal involvement in the evolution of river cruising has been far-reaching, in terms of ship design as well as pioneering several well-received enhancements to river cruising itineraries.

As a product, river cruising has grown substantially within the Australian market over the last five years, a period that has brought several natural and economic challenges. Much of this growth can be credited to Geoff’s leadership as well as his commitment to innovation and savvy marketing activities.